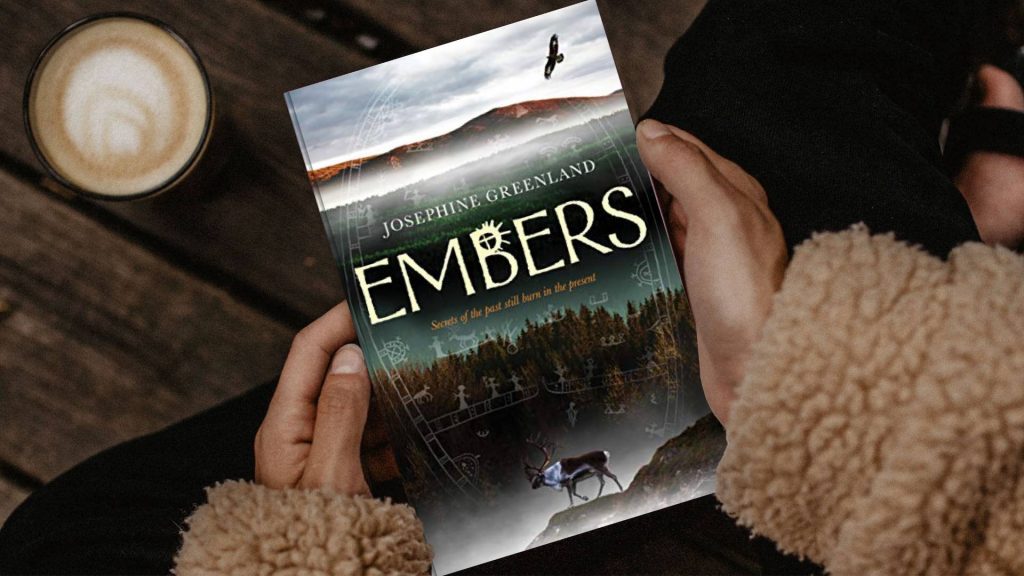 Embers explores themes of hate crime, prejudice, family relationships and animal cruelty. It aims to lay bare the atrocities the native Sami of northern Scandinavia have to suffer through on a daily basis and how it impacts their livelihood as reindeer herders. As a backdrop for these issues lie the dark forests of northern Sweden and the mysticism of Sami folklore.

Embers is loosely based on my travels with my brother to northern Sweden. Some of the activities we did are all featured in the book, the mining town we stayed in became Svartjokk in my novel, and the relationship between siblings Ellen and Simon is also loosely based on us. The crime in the novel is based on a true crime that happened not far from the town where we stayed: two teenaged girls discovered a circle of reindeer bodies laid out in a circle in the forest, but the perpetrator was never found. I felt compelled to write a book in which the guilty party was found.

Embers explores the themes of violence, hate and jealousy, but also those of heritage, love, animal welfare, coming off age and friendship (particularly between the siblings). Embers is my attempt to depict the realities often present in isolated, remote communities where extremist beliefs easily root themselves, and to raise awareness about animal abuse – a subject particularly relevant considering the importance of the environment and animal welfare today. A lot of hate crime committed against the Sami in northern Scandinavia often goes unnoticed by the media, and so my book acts as a mouthpiece for their voices.

The title for the novel came to me when I started the third draft during my MA (the opening of the novel was my dissertation project). I realized that the key concept/motif in my novel was that no matter how hard we try to repress the secrets of your past, they will always come back to haunt us unless we confront them and acknowledge them in the open. Like embers, glowing in the background in the hearth, hard to spot at first, but still there nevertheless.